Why was The Borgias shot in Hungary?

Why was The Borgias shot in Hungary? 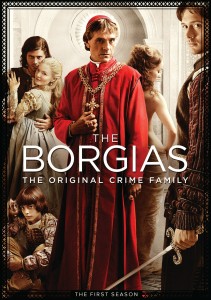 Korda Studios established in 2007, situated in Etyek, only 28 kms from Budapest has served for numerous grand productions. In 2010, the TV channel Showtime chose Hungary as location for its historical series, The Borgias.

The Canadian-Irish-Hungarian co-production series rich in intrigues and cabals was originally planned as a feature film by writer-director-producer Neil Jordan, but soon it was clear that so many plots can simply not be fit into one single movie. Even Steven Spielberg, whom Jordan had contacted years before, suggested trying to sell it as a cable television series. The Irish director took the advice, and after The Tudors ended on Showtime in 2010, he started talks with the channel.

Several circumstances had to be taken into account while location scouting. Although the most ideal would obviously have been to make the series where its plot actually takes place, in Italy, it was impossible since the Italian government had no co-production agreement with other countries. When Jordan was asked whether he had wanted to create the production in his home country, he replied, they had looked into the opportunities, but some circumstances were simply against it. The biggest negativism was the non-suitable light, therefore Ireland was also out of the list. 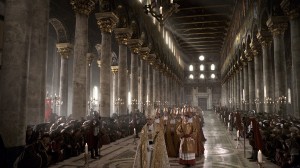 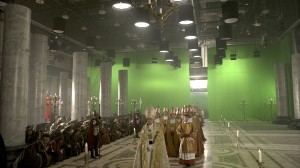 The Borgias were eventually brought to Hungary, which Jordan also didn’t find a perfect choice, but here at least the summers are nice and long, and due to the co-production, it was financially reasonable to shoot here. The renaissance scenery planned by Canadian production designer, François Séguin was built on an area of over one hectare, including various style buildings, gates, yards, squares, and also Vatican and Florence. After all this, everything was given to make a really successful series in Hungary.