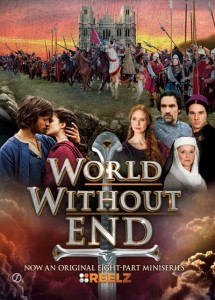 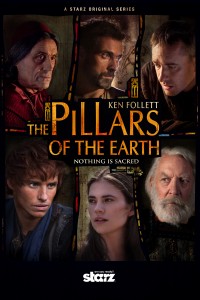 We can probably state without any doubt that Hungary is more and more popular among foreign filmmakers. Great scale productions come and go – we hardly have time to see through the incredible scenery dreamt by the production designers and pulled up by the set constructors at several different venues, or which world celebrities have come to our small country, when we already get the news of some new movies or series. This is what happened to two of Ken Follett’s popular novels having been brought to life in Hungary. Most likely it is only the author himself who knows where the stories take place, but the producers have found this country as the perfect location.

The shooting of the 8-episode miniseries, Pillars of the Earth was started in June 2009, primarily in Ócsa and Fót, but other countryside locations were also used. Fully built and ruined churches, blacksmith’s, villages appeared out of nowhere, a complete medieval world with all of its details only to come alive on the TV screens and to entertain the audience week after week.

Even though the producer of the series has highly emphasized what a splendid place Hungary is, where everybody offers excellent service and the quality can either not be criticized, let’s face it – money talks even in a production this scale, as well. This means the scope of tax rebate that no other – including our neighboring – country provides.

Yes, we have beautiful landscapes, cheap and skilled workforce, but it does matter, how much it all costs. 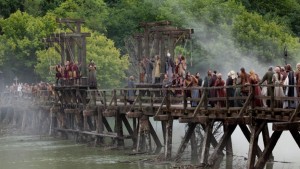 After Pillars of the Earth it was a logical step to bring the production of the sequel, World Without End to us.

And this is what they did – pre-production of the also 8-episode miniseries began in Korda Studios, Etyek in July 2011.

What Ken Follett imagined while writing his historical novels remains a mystery, but he must have been satisfied with the end result.