Why did Asylum come to Budapest?

Why did Asylum come to Budapest? 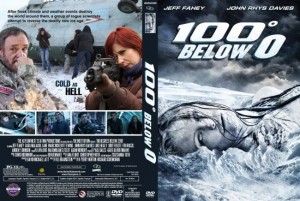 Film making is quite diverse throughout the world: there are companies making huge Hollywood super productions spending enormous amounts on a movie, creating epics using a variety of stars. On the other hand there are the ones with less funds who cannot afford A-list actors. Asylum Studio is one of the latter, mainly trying to make ends meet on the DVD market. No paltering: they shoot low-budget remakes of blockbusters. Before anyone would call it pathetic, let’s acknowledge, they are rather successful.

The studio was launched with the re-concept of the movie The Day After Tomorrow (starring Dennis Quaid and Jake Gyllenhall) with the title 100 Degrees Below Zero. In this movie, an American couple is trying to save their teenage children from Paris before everything is devastated by the frost and the new ice age begins. 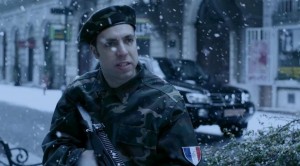 An interesting part of the movie can be – especially for the Hungarian audience – that Budapest was one of the shooting locations. It is not usual for low-budget movies to move abroad, as transporting the crew is much more of a hassle than what is actually saved, Asylum, however, did this. Obviously one of the significant reasons was that Budapest could fairly be Paris – who would ever notice the minor differences? Perhaps not even those who know both cities quite well. The financial reason for moving is straightforward: tax rebate, cheaper sites and actors – scanning through the credits you will find quite a few Hungarian names, eg. Ivan Kamaras.
It has already been clear that Hungary is a popular destination among foreign filmmakers, which is best proven by the fact that even low-budget pictures choose us for shooting.