Budapest “played” Buenos Aires in Evita: why did the production have to be moved here urgently?

Budapest “played” Buenos Aires in Evita: why did the production have to be moved here urgently? 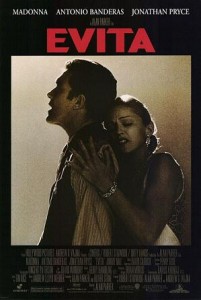 The shooting of the film based on the musical by Tim Rice and Andrew Lloyd Webber about the Argentinean president’s idolized wife, Eva Perón, started in Buenos Aires in February 1996.

The title character of the movie was questionable for a long time. Madonna, also renowned for her scandals, was fighting persistently for the role of Evita, although her name is not on the list of actresses originally cast. Rumor has it, Michelle Pfeiffer was the closest to impersonate Eva Perón, but the effort of the singer with Italian origin finally convinced director Alan Parker that there is nobody better for the role.

Madonna took the part seriously, she personally led lobby actions with the Argentinean president for the crew to be allowed to shoot in the Casa Rosada, the Presidential Palace. Unfortunately, the crew was welcomed in dislike on arrival, as the Argentineans were reluctant to accept the fact that their beloved and deified woman would be played on screen by a wench with a bad record, like Madonna. “Go home!” graffiti awaited the filmmakers at the airport, and not only the peronists protested against the whole production.

The locals soon relented, as many of them got roles in the large-scale production, however Madonna did not belie herself. After having personally negotiated with the president to allow the Presidential Palace balcony to be used for singing the key scene, “Don’t Cry for Me, Argentina”, she announced to the press that Menem was watching her bra-strap all through the discussion, so the new scandal emerged.

When the crew saw that there is no chance to finish the shooting in Argentina for a while, they packed and moved the production to Budapest, where the work continued for another four weeks. Our capitol was an ideal choice, since the similarity is breathtaking – no wonder Buenos Aires is called Budapest of South America …